Smoking versus Vaping The Effects on your Body 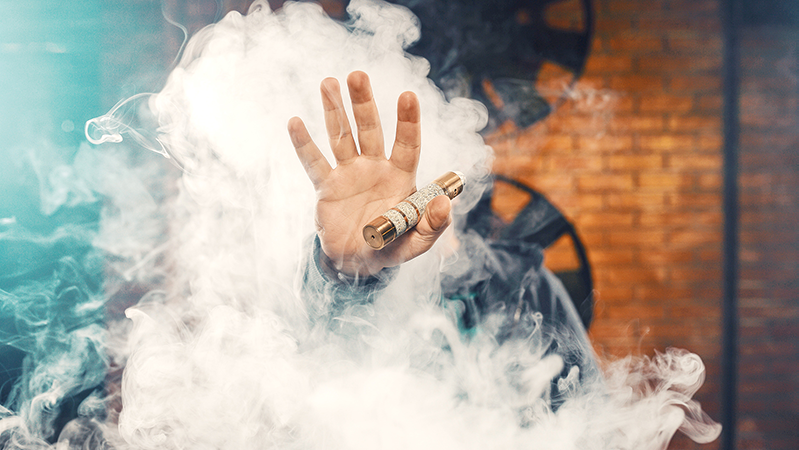 Is one more harmful than the other?
Initial evidence suggests that vaping is less harmful than smoking, although both potentially have dangerous side effects, smoking tobacco involves inhaling around 7,000 toxic chemicals, whereas vaping has significantly less. However, there are heavy metals, carcinogenic compounds, diacetyl, and volatile organic compounds (VOCs) amongst the chemicals inhaled. The liquid used in electronic cigarettes is dangerous if swallowed, inhaled or comes into contact with the skin. E-cigarettes also contain vast doses of nicotine which is damaging to brain development.

On the other hand, tobacco is known to cause damage to every single cell and organ in the body and is responsible for 90% of all lung cancer deaths. In the US, it is responsible for almost 500,000 deaths per year and is known to cause numerous other health conditions, including heart and respiratory diseases. People who smoke tobacco are also more at risk of having a stroke or heart attack.

Should vaping be promoted as an alternativeto smoking?
When the FDA authorised electronic cigarettes, they were used to try and wean people off tobacco rather than as a long-term alternative. Unfortunately, people appear to be equally addicted to vaping, and indeed, some teenagers are now taking up vaping as opposed to smoking. It is also thought that vaping “normalises” smoking, which may make smoking more popular again. Alternative methods should be used to quit smoking, such as patches or hypnosis.

Long-term impact of tobacco
It has been known for decades that smoking seriously damages your health. Some health issues are well known, such as the increased risk of miscarriage or children born with congenital disabilities. The increased risk of cancer is also well publicised as too are increased asthma attacks and blood clots. However, some people may be unaware of some of the other issues, including increased risk of cataracts, problems with the immune system, reduced sperm count, and an increase in general inflammation, which is now known to impact general health and well-being.

Long-term impact of vaping
As vaping and electronic cigarettes is a relatively new phenomenon, information regarding the long-term side effects is somewhat limited. The University of Iowa produced a report suggesting that vaping was safer than tobacco, but many experts now question whether that is the case. Preliminary reports suggest that vaping causes damage to the lungs and releases free radicals known to cause cancer. Like tobacco it can delay brain development in unborn children, children in their formative years, and teenagers.

Conclusion
Both smoking and vaping have been proven to cause cancer and damage the lungs, both are now regarded as bad for your health. Although vaping may be marginally better, it should still be avoided and should be treated with the same caution as tobacco.