Should we adopt a vegetarian diet several times a week? 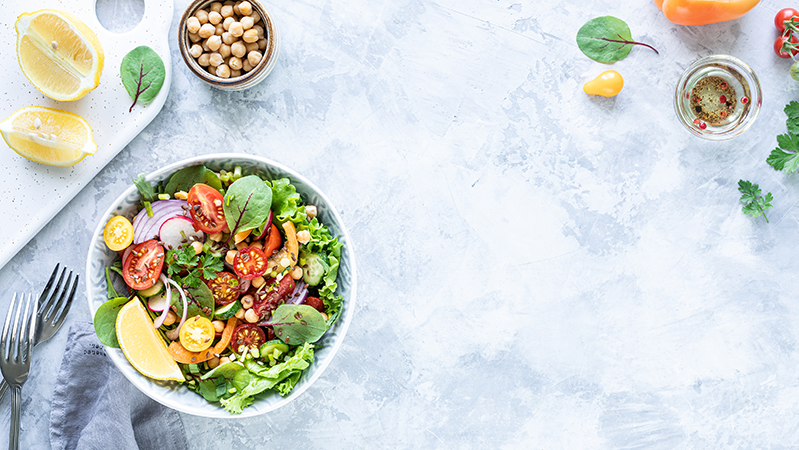 Meat has formed a crucial part of the human diet since before pre-historic times as it was seen a vital way of attaining the levels of protein required to survive and prosper. However, we have moved on from the hunter-gatherer mentally, and an increasing number of people are adopting vegetarian or vegan diets. There are many reasons for this, such as protecting the planet, the welfare of animals, because of their religion, or perhaps more commonly, health reasons.

Of course, many people who choose to improve their diet for health reasons do so without eliminating meat. Most of us are aware that we should eat a least five portions of a combination of fruit and vegetables every day. Vegetables and fruit contain high levels of fibre and many vitamins and minerals that can’t be consumed in large enough quantities from a meat concentrated diet. Therefore, if you do wish to continue eating meat, and there is nothing wrong with this, you could consider switching to a vegetarian diet on Tuesdays and Thursdays, for example.

What are the benefits of a vegetarian diet?
In many western countries, obesity rates are often above 25%, which poses significant health risks. It is believed that this is because of the consumptionof large amounts of processed food, usually ones which contain substantial quantities of meat as well as being high in sugar and salt. Moving to a more vegetarian diet helps individuals lose weight, but perhaps more importantly, it allows them to keep the weight off.

Another crucial benefit of following a vegetarian diet some days of the week is that it improves cardiovascular health. Several studies show that those who follow a vegetarian diet in India have considerably better heart health than those who follow a mainly meat-based diet. Of the participants studied, those consuming primarily meat had higher blood pressure as well as higher levels of cholesterol. In particular, red meat is known to increase cholesterol, and although cholesterol is present in plant-based foods, it is significantly lower.

Over the last half-century, the number of people who develop cancer has increased dramatically. While some of this can be attributed to living longer and increased health checks so more occurrences are found, it should not be ignored that meat does appear to play a role. Many leading medical experts believe that following a non-meat diet can offer significant protection from some forms of cancer. However, for balance, it should be noted that more research is needed in this area before this is confirmed.

Dangers of a vegetarian diet
A vegetarian diet which is correctly managed is incredibly healthy, and there are very few arguments to counter this. However one of the problems with a vegetarian diet is that people miss out on some vital nutrients such as protein if they don’t eat the right foods. Nuts, pulses and seeds can all be high in protein, so anyone that follows a strict vegetarian diet should ensure that these foods are incorporated into their daily meals.